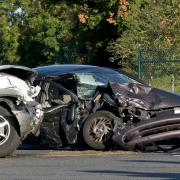 A Vancouver car accident can be a life-changing event. Even if you feel you have not been injured in an accident, it can take days or even weeks to become aware of the symptoms of related injuries. It is important to defend your legal rights beginning the very day of any car accident, no matter how severe or minor.

When you are injured in a car accident, the first thing you should do is write down your recollection of the event. You may be challenged in court, so it is a good idea to make sure your version of events is clear in your mind. You may need to explain the circumstances several times throughout the course of a court case. It is crucial not to contradict yourself!

The following thing you should do is get a check-up. In the early days after a vehicle accident, only a doctor will be able to notice the subtle signs of injury that could become more serious later. After a thorough review of your health, a doctor can let you know whether a complete recovery is possible, how long it may take and what the related costs may be.

To defend yourself in an accident case, you should take every step possible to show you were not the responsible party. It is a good idea to get your car or truck examined at a service station. In many cases, this can help you prove your vehicle was in fine working condition prior to the accident, so mechanical failure was not a factor.

It is also a good idea to assemble witnesses who can testify that you were healthy and able to operate a vehicle at the time of the incident. If an accident took place over the weekend or at night, it might be more important to show that you were not under the influence of any substances. Character witnesses can testify to your responsible nature, too.

By contacting the personal injury firm of Caron, Colven, Robison, Shafton, you will receive the help you need to defend your rights. Our law firm can take over communication with the authorities and other parties so you are less likely to say things that can be used against you in the courts. Our personal injury attorneys are also skilled in getting you settlements that can help you with medical and transportation costs. Without the assistance of an attorney, it is easy to become overwhelmed by all the intricacies of such a case.

Walkways are often wet in Washington state, which increases the risk of slips and falls. It also increases the likelihood of traffic accidents on slippery roads and highways. The victims of traffic or slip-and-fall accidents may be seriously hurt and require compensation to cover the resulting costs. It is these victims who are in need of a Vancouver personal injury attorney.

In Washington and elsewhere in the country, tort laws are designed to help pedestrians and motorists who suffer physical and psychological harm from the negligence of others. In the case of a slip-and-fall accident, the victim would be expected to pursue damages under the principles of premises liability. Under these rules, business or property owners are expected to maintain their walkways, which should be properly designed and built, uncluttered and free from the accumulation of water or other slippery substances. Their failure to comply with these rules can make the owners liable for damages in the event of an accident. However, winning such a case may not be an easy task.

After a fall, the property owner may try to claim that the victim did something careless to cause or worsen his or her injury. If successful, the defendant may be able to reduce the amount being sought by the plaintiff significantly. In representing the victim, a personal injury attorney will study the circumstances of the accident, enlisting experts if necessary, to help determine who was most responsible and thus who is liable for damages. The attorney may agree to an out-of-court settlement or, in the interests of the client, could decide to take the case before a jury. Vehicular accidents can be even more complicated events, often lacking clear evidence as to who is most responsible.

After a traffic crash, it is important to record as much information as possible at the scene. In the event of severe injuries, it would be wise to seek proper legal representation. An attorney can help victims obtain the compensation needed to cover medical expenses, lost wages and even for the emotional pain and suffering related to their injuries. Whether you experience a fall while walking or a crash while driving, you should consider turning to our personal injury attorney at CCRS Law in Vancouver to help you obtain the justice you deserve.

I know that is hard. Because when something interesting happens to a person, most will tell other people about it. Get a job? Tell everyone. Land a record Steelhead? Brag about it to everyone you see.

The same impulse exists when you are in a car accident. Why? Because it is interesting! There is twisted metal, broken glass. You also get to complain about someone else’s boneheaded driving, which feels good. As far as topics go, a car accident is always interesting.

Despite that, it is a bad idea to post anything on social media that relates to a car accident in which you are involved. Pictures, status updates, location check-ins, everything can be used against you in some way or another.

How? In court! This stuff is admissible.

Now, this isn’t necessarily bad. If, for example, you post, “Got rear-ended and now my neck hurts so bad,” or, “Guy ran a stop sign and slammed into my car,” that wouldn’t necessarily cause you any problems. But this is not what people do on Facebook. On Facebook, you embellish. You crack jokes. You vent your anger. You insert cutesy icons or use antagonistic hashtags. In other words, Facebook is where you express yourself in ways that you never would in court.

In other words, you cannot “unsay” “Got rear ended – nbd tho #superman.” If you delete the post, you can be punished for hiding evidence.

The best way to avoid this problem is to simply resist the urge to broadcast this stuff over social media.

As a personal injury lawyer in Vancouver, Washington, I have seen my fair share of broken hips. A broken hip occurs when the femur breaks at or near the hip joint.

They vary in severity, as well.

One thing they all have in common, however, is that they are more than just a broken bone. For the elderly especially, a hip fracture can lead to a whole host of health problems, many of which are preventable. Proper recovery requires work and dedication.

When dealing with the legal aspects of a hip fracture, the same is true. It is not enough to focus merely on the fracture itself. Proper legal representation when someone breaks another person’s hip requires attention to the effect on the person as a whole. What other health problems became worse after the hip fracture? Did the person’s aging process accelerate due to the immobility that occurs after a hip fracture? These are all things that must be considered, among others.

Not All Personal Injury Lawyers Are The Same!

Recent conversations with Washington and Oregon insurance adjusters who specialize in automobile accident injury claims left me stunned. It is obvious that most of the people holding themselves out as capable personal injury lawyer are not. They are not ready to try a case. They are not willing to try a case and, they are not able to try a case. The insurance companies know this and they use it to full advantage. “We are seeing jury verdicts with hardly any damages for pain and suffering” one adjuster told me. Who is trying these cases? What are they doing wrong when instead of a multiple of the medical bills the verdict for mental and physical pain, suffering, inconvenience and loss of enjoyment of life are fractions of the monetary damages incurred? Have we really reached a point where human suffering has no value? No, we have reached a point where anyone can claim to be a personal injury lawyer, training and experience not required.

First, many of these folks are not even members of the trial lawyers association much less active members. They don’t understand basic principles of personal injury law such as “when does my client have to pay back medical payments for injuries sustained in the crash?”

Second, many of these folks are not working for the client. They have concluded in advance that the best they can do is collect most of the medical bills. They are collecting for chiropractors, personal injury protection carriers and health insurers not representing clients with personal injuries. They are happy to take a third of the medical bills, which often exceed the settlements they get. These attorneys do no one a favor when they roll over for the insurance companies.

The next time I hear an adjuster say “but we settle cases like this for that amount all the time”, I won’t have to ask “who actually takes these offers?” I will open the nearest Vancouver or Clark County Washington phone book and turn to the personal injury lawyer ads. I can tell who takes those inadequate settlements by looking at the phone book because I know who does not try cases.

Ask about the seminars that lawyer has attended while you are at it. Have they been to any of the advanced trial practice seminars such as the TLC, AAJ College of Advocacy or Ball-Keenan?

If you are in an auto accident, have a personal injury claim, are injured by a defective product or premises do yourself a favor and hire an experienced personal injury lawyer, not someone fishing for a case they can settle quick and cheap.